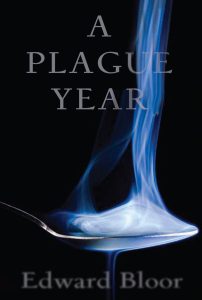 It’s 2001 and zombies have taken over Tom’s town. Meth zombies. The drug rips through Blackwater, PA, with a ferocity and a velocity that overwhelms everyone.

It starts small, with petty thefts of cleaning supplies and Sudafed from the supermarket where Tom works. But by year’s end there will be ruined, hollow people on every street corner. Meth will unmake the lives of friends and teachers and parents. It will fill the prisons, and the morgues.

Tom’s always been focused on getting out of his depressing coal mining town, on planning his escape to a college somewhere sunny and far away. But as bits of his childhood erode around him, he finds it’s not so easy to let go. With the selfless heroism of the passengers on United Flight 93 that crashed nearby fresh in his mind and in his heart, Tom begins to see some reasons to stay, to see that even lost causes can be worth fighting for.